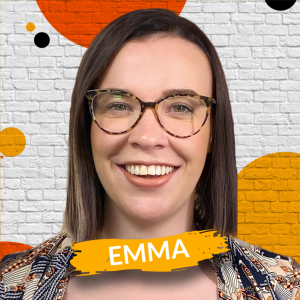 Glorias is one of Bonnyriggs most established takeaways, well known for its fresh fish suppers and high quality pizzas. However, at the end of last year Gloria (owner) came to us with the realisation that most of her orders were coming through other popular, but more expensive, third party ordering platforms resulting in a huge chunk of her profits going to these companies.

Glorias ask was simple – how can I stop paying out so much money? After a quick conversation we suggested small changes that would help her get orders through her own branded app, where she would pay a fraction of the price of the other platforms.

Despite making these changes more than half way through the month, it resulted in Glorias app downloads increasing by 239% and sales by 117% in December. So what did she do? We’ve explained a few things from Glorias strategy below: If someone is browsing on your Facebook page it’s likely they’re considering ordering therefore you want to make it as easy as possible to convert them.  Adding a Start Order button to your profile not only connects your social media followers with your app and in turn increasing your orders but it takes seconds to do!

All you have to do is go to ‘Edit Use App’ on your business facebook page (this will be situated where the ‘Start Order’ button is on the above image) > Edit Button > Start Order.

Everyone loves a bargain! Discount codes are not only great for attracting new customers, but particularly beneficial for getting those customers who are used to ordering from more expensive platforms to download your app. Coupons can be created from the ‘Marketing’ section on your What The Fork Partner Area. The attention span of humans these days is almost as bad as a goldfish. People don’t want to spend time looking through posts for discount codes or links, it has to be easily accessible or they’ll lose interest.

Pinning a post with the link to download your app and information about any discounts you have on top of your page means it’s the first thing customers see, increasing the chances of your app being downloaded.

4.  Include leaflets with QR codes to download your app in with every order (regardless of what platform it was ordered from) Using QR codes is now a common part of daily life due to the reliance on them during pandemic. Placing these unique codes on leaflets and putting them in with every order means you can encourage your customers to instantly download your app and use it to order instead of other more expensive platforms. These can be ordered directly from What The Fork.

Increase your orders and save with What The Fork!

If you’re interested in joining the evolution with What The Fork, get in touch today here or contact us on 01383 661 255

We Are Here To Support BUSINESS. Contact Us & We will Call You.